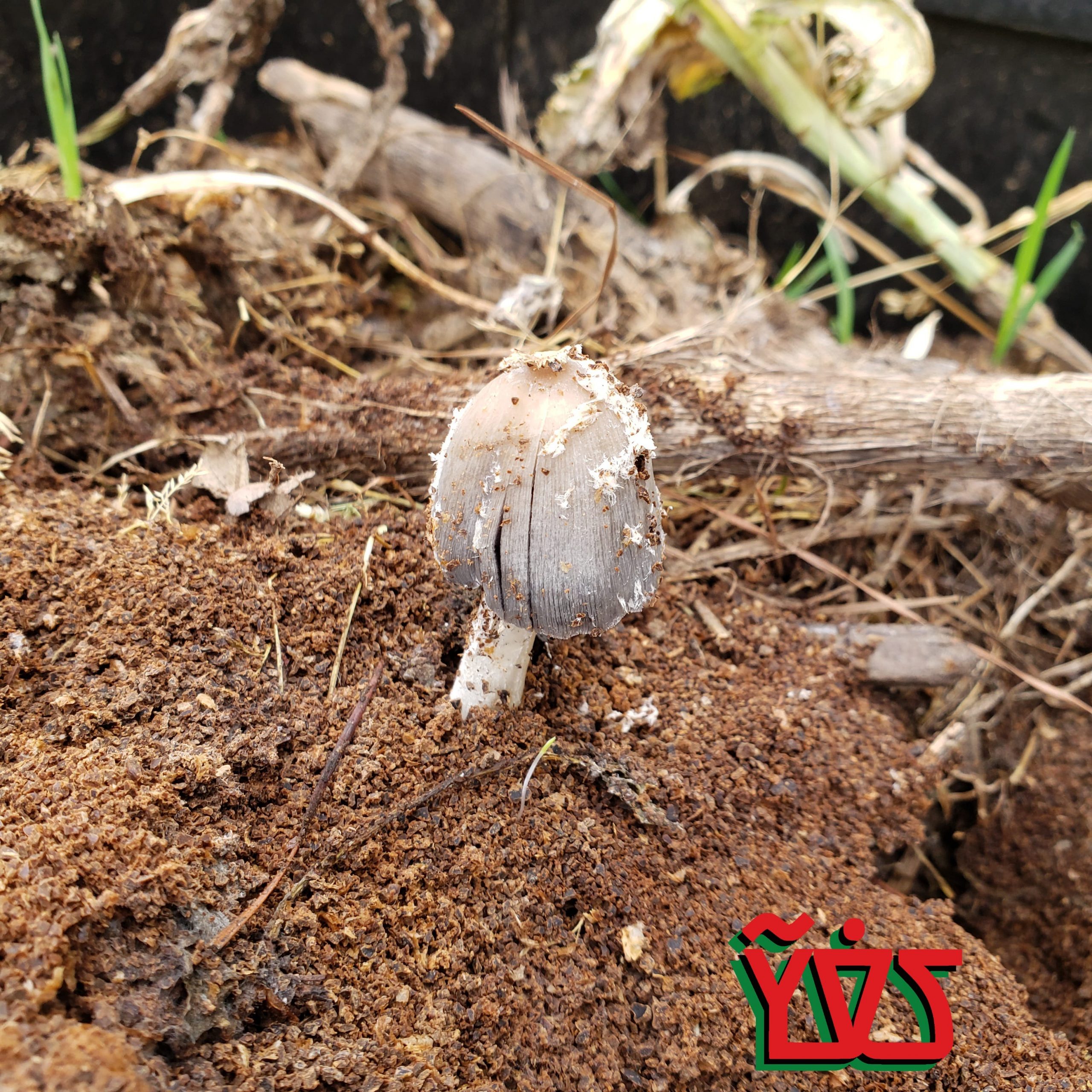 You mean to tell me this whole time I’ve been making funky compost, it could crank a crankshaft?? Meaning, in this episode we discuss how we arrived at our next experiment, Anaerobic Digestion and the creation and opportunity of Biomethane. Enjoy!

Thank you for listening to

I am Mason Olonade and this is Jìgìjìgì: Africulture Podcast. Here we believe building a healthy soil builds a healthy soul, so we share strategies for how to do both. To do both we ask two questions: How do you grow while you grow Kale, Collards, Tomatoes, and Melons? And why, do you think, the healthiest soils are Black?

We sought to investigate these claims, because, well we couldn’t let our nose grow any longer. We couldn’t possibly give up the funk. What we found was extremely surprising and vindicating.

It was the end of Okra season and lots of it lay in the path. The plants had either been cut or pulled out of the row and began to slime and rot. The Carolina Clay, Rain, and footsteps reduced this once 8ft tall stand into green traction over a muddy area.

It must be cleaned up. So for the next two hours we cut okra off of the plant and put it in a bucket. Despite taking my allergy pill that morning, nature, with enough exposure finds a way to overcome antihistamines and those okra hairs enable your mast cells to express themselves. Taking a shower afterwards felt painfully good with the heat amplifying and soothing the pain of a late harvest.

We harvested about 5 gallons worth of Okra pods. Seeds and all disappeared under the weight of a big rock holding it underwater. I set it and forgot it.

Some weeks later I came back to my Okra bucket and opened the lid. A nice bubbly liquid skin, or pellicle formed and I interpreted this as not only a good sign but that it was ready.

And by ready I meant it was ready to act as the compost seed for the next stage of the compost building.

The compost bins at the farm were in a state of despair. They had been simply forgotten about. There is always another project on any farm, and that number jumps exponentially with interns. The compost also forgot to attract microbes and so no processes were growing on except a lone, enormous tomato plant with thick white roots weaving a mat of squash seeds and egg shells into a portrait of organic sandstone. It is now my pleasure to bring more life to this compost.

Every layer of the compost is more impenetrable than the last. The sands of time have aggregated, hydrated, and formed an organic clay that will definitely ripen into many abundant harvests.

Noon strikes and for this Saturday, farm work is done, and I forgot all about my Okra.

Next week arrives and it is time to finished what I started and seed my turned compost bins with my Okra mash. I peeked under the lid and the bucket belched a beyond funky “wasssssssssaapppp”

Earlier in the growing season a large load of weedy compost and wood chips were delivered to the farm and sat underneath the Three Trees of the Three Sisters.

Under the shade of our ancestresses their daughter, Tiffany, was delivering a sermon to the young men of the farm on educational strategies they should take advantage of during the pandemic. Her advice was ethically ambiguous, and though it had a logic to it, the possibility, and plausibility, and probability of the boys acting on it was very low. I kept my mouth shut and continued to work.

Before I went to collect the mulch I dumped the liquid off into some rows, and into one compost bin that had been seeded.

Now that the Okra bucket is just a bucket with Okra residue fused to the walls, I carried it over to the compost under the Trees of the Sisters and collect some compost for more experiments. To be completely clear, what I am trying to do by recomposting compost is to amplify the amount of microbial life in the compost, because I don’t want to be turning compost and all that. That, to me, is unnecessary work. I shoveled, listening to the advice of the educational seminar. As I walked back to my bins she asked to the attendees, “is that manure?”

I kept my mouth shut and kept walking.

Later I reflected on her question as I was building soil and working on my method of composting. Her question made me very proud. With some assistance from the Omnisicer and the microbes, Okra was transformed into manure. And in my opinion, if it smells like manure, then it may contain many of the microbes that are present within the gastrointestinal tract of the animal it smells like.

Throughout the rest of the season I told this story to others when asked, “what’s in those buckets?” I failed to realize they were being respectful and didn’t really want an answer, but wanted to be nice because it smells like bull dung.

Okay, Mason, that’s a nice story but what’s that got to do with the healthiest soils being black?

Right right, well I had become very curious, because I am a huge fan of P-Funk and music in general that makes my face scrunch and distort. I think that the sloppiness of the groove in funk is the same as the blue note that gives Black American Music its characteristic hue. By this I proclaim a new tenet of Jigijigi Africultural Theory.

Let it be known that, We Want The Funk! Gotta have that Funk!

Further, we found that the Funk means something. The method of composting that I had formalized in the Summer of 2019 with Mandela at Nu Ray Research Garden turned 100lbs of frozen produce refuse from Sweet SoSumba into a black mush in about two months. Sure it stunk, but it was ready. According to everything that I had read, that wasn’t possible with compost.

In anaerobic digestion, anaerobic bacteria and archaea utilize different electron acceptors to power themselves as they consume whatever complex material surrounds them while releasing energy from those complex materials. They do this in environments outside of the presence of oxygen, as our case, in a 5 gallon bucket underwater. Although this process is less efficient in releasing energy than an aerobic process, it however opens up a completely different realm of possibilities to the enterprising farmer.

First, bacteria hydrolyze, or break the complex sugars, proteins, and fatty acids, creating simple sugars, amino acids, volatile fatty acids, hydrogen and acetate. Next, fermentative bacteria ferment those carbohydrates and amino acids creating ammonia, hydrogen sulfide, carbon dioxide and other molecules. In this fermentative step is where the funk begins. At this point the Okra ceases to exist. It has become a sludge called the digestate, that is subject to step 3, acetogenesis. Acetogens eat and produce acetic acid as well as more CO2 and hydrogen. Lastly, the archaea show up in their deep sankofa way, arriving in the present from the beginning of time to convert the vinegar into methane. As that off gasses out of my home depot buckets the Okra has returned to an essence, a seed of abundance for the compost. The Okra exists now only as a memory of a question, “is that manure?”

So as we have found, it seems like the rest of the world knows, except for those of us over here in the US, that with the slightly slower process you can get not only two fine agricultural products, with liquid and solid fertilizers, but you can also capture and store methane for cooking, heating, or powering a generator or spinning a turbine to generate electricity.

The implications of this are huge, but not for those reasons, but also because with this method you can also digest organic material that other compost techniques cannot. The anaerobic digesters can degrade meat, oils, cooked foods, and all manure, including yours.

Her question and my opinion joined together to form a position that is both accurate and precise. It turns out that the methane produce will cease if you don’t feed the digester, and it will crank up again when it is fed. It seems then that we are creating, in a container, another animal, that eats our waste and produces gases and solids like we do. Or, in another natural example, we are creating in a container the bottom of under the ocean floor. There methane is generated by methanogens found within the earth’s crust, if not by the volcanic processes of the inner workings of the earth. This methane flows into the ocean through a hydrothermal vent called a Black Smoker. Surrounding the black smoker, microbial life forms thick mats and that copepods, shrimp, and snails eat. Fish descend to eat them, bigger fish eat them, and it goes up the food chain to our earliest mammalian ancestors who got the bright idea to move on up to the deluxe apartment in the sky.

It is deeply emotional and fascinating watching the videos of brothers and sisters on the Continent talk about how much their lives have changed with the purchase and incorporation of these digesters. Beautiful crops and free gas! The interest doubles as we reflect on all of the biology classes we took and realized that we spent maybe two paragraphs on anaerobic digestion. The rest of the semester would then be spent on the ins and outs of oxidative phosphorylation despite that within you, right now, anaerobic digestion makes it all possible!

In closing we will say that We Want The Funk, Gotta Have That Funk! For the Funk is Sankofa.

Share Jìgìjìgì with your friends, family and closely related siblings of the soil. Leave us a five star review wherever you listen to and we will say then as we say now. Asante Sana, Medase Pa, Modupe O!

Thank you, for listening, to Jìgìjìgì. Peace.